Here’s the technology and people update for April 2021. Thank you again to all of you who sent me messages based on last months content and also to those people I spoke to.

This is now the 9th week of being sat in this chair, as the lockdown takes hold here in Phnom Penh and other Cambodian cities. I’ll remain in this chair until the 28th at a minimum, but I think it likely I’ll be here until the end of May at least. With a trip planned to Czech in July, I’m beginning to wonder if it will be wise to go there earlier. Better to be locked down in The Cottage (again) than here, I think. Let’s see what happens.

I’ve been doing more SEO on websites as well as discussing SEO a lot more with clients.  I had my highest number of Google Search Impressions from making just a few small changes this month. SEO isn’t that hard once you know the principles. It’s a bit like most things, you just need to keep making small improvements over a long period of time. Not everyone has the stamina for this, so there’s still lots of opportunity. But I’ve definitely seen the COVID period as an opportunity to create evergreen content that will improve conversions for the long term.

PRODUCTIVITY
I’m still using ToDoist with a passion. Plus, I have invested in tracking my time and reviewing where my time goes. Instead of adding priorities and faffing with ordering, labels and such in ToDoist, I’m simply asking myself “When will this task get done?”  – I’m almost there in terms of time-boxing, day-blocking or whatever you want to call it.
Take a look at my YouTube video for details of how to track your time and discover where it all goes.

PRODUCTIVITY TOOLS
ToDoist has increased the functionality of their free package – I’m a premium user but you might want to take a look.

Transferwise changed their name to Wise and I’ve been using it to pay my Content Superhero in the UK – the savings are significant – I was paying $40-60 for a transfer at a fairly terrible rate and now get a better rate and pay around $10-$15 per transfer.
If you work in multiple currencies use this link* to give it a try. Your first transfer for free if its under £500 *Affiliate link.

ASANA & PIPEDRIVE
Asana is integrating with the BIG Boys & Girls this month, with a number of announcements. I think the integration is great, but  as one of the little guys, I wonder how we small consultants will fare in the long term.  There’s a definite prioritisation of bugs, features and integration that I don’t feel is working for us. Such is the nature of the technology market. The infinite cycle of opportunity, growth, decline, opportunity… ad-infinitum.

As a Pipedrive Consultant, I’ve seen the first signs that they will be integrating Mailigen (the email marketing function) fully into Pipedrive. I expect to see the first version of the integration in the next quarter.

CONSULTING
I’ve had lots of enquiries from the UK in the last month. Mostly looking at business automation, digital transformation and such. There’s a lot of interest in automatically generating proposals and contracts and I’ve tested out Proposify and have Pandadocs on my radar to test too.
There’s also some tough decisions for SME’s to make around CRM, Project Management and Databases. There’s some old legacy systems still in place, many SME’s are still running on spreadsheets and they are really struggling to make decisions around what system to go with.  For a few hundred dollars you get a few months licence and test them out BEFORE making a decision. The issue seems to be that most businesses don’t know what sort of tests to do or what problems they are solving. It’s just too big a decision for them. Let me know if I can help here.

TECHNOLOGY
I made a few investments in the last month or so.

Logitech Keyboard – MX Keys for Mac
As a Mac user I feel that Apple really let the quality slide on those butterfly keyboards. As someone who types quite fast and knows pretty much all the keyboard shortcuts, a decent keyboard is essential. With very intermittent G and X keys I started to ask myself why I was putting up with the pain. Enter the Logitech MX Keys. Super expensive at $125 (plus the wasted $20 on the cheap Chinese keyboard that the delete key didn’t work) but wow! I know, who would get that excited about a keyboard, but its pretty awesome. Aluminium body, multiple Bluetooth options, backlight, programmable function keys, it even wakes up when you put your hand near it.

Logitech Mouse – MX Master 3
The guy in the shop said after I’d bought the keyboard I’d be back for the mouse. He looked pretty confident. Sure enough, he knew what he was talking about. Ergonomic, extra buttons, multiple scrolling options and also programmable buttons that you can map to the application you’re using. Love it.

RECENT PROJECTS
I’ve been experimenting with Facebook Ads and why links clicked on Facebook don’t make it to the website. There’s nothing quite like a geeky deep dive into analytics and insights.
Building websites on Google Cloud – As a Google Cloud Partner I should make more use of the services I have access to. So a couple of Virtual Machines later I’ve tested out Cloud WordPress sites. I love the speed and performance.

The YouTube anniversary was celebrated on the 23rd April. Amazing that YouTube only started in 2005 – here’s a link to the first video ever posted.

Thanks for all the messages about the cat. She has a slight limp still, but I think that’s probably a small price to pay given the extent of her previous injuries. We still have regular visits from the monkeys, despite our new defences, but thankfully Cat and Monkeys haven’t met again. Follow me on Instagram for Cat related updates.

That’s it for this month. As always, I genuinely love your replies, and continue to be interested in some of the challenges you face and problems you want to solve. Please do let me know what you’re up to. 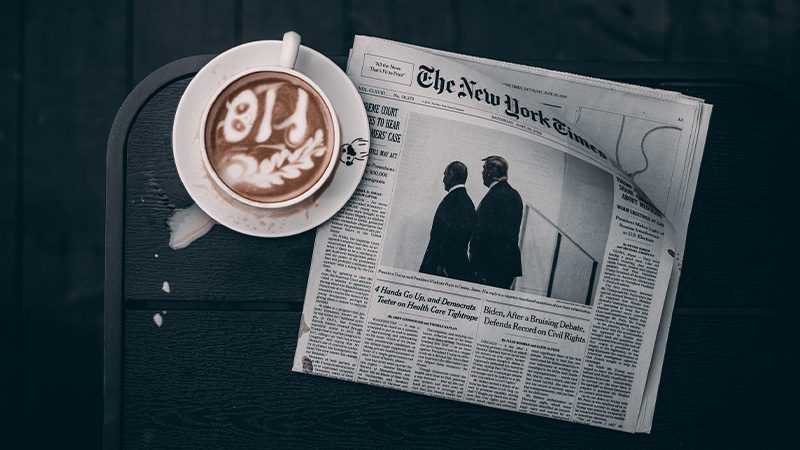 Here’s the technology and people update for June 2021. STATUSThis month I've tried to cut down on the number of hours I'm working. I have two part time jobs split across my Trash Project and 500 Startups. Then there's my technology consulting and my web agency...

Here’s the technology and people update for May 2021. Finally, I managed get out of the chair I've been sat in for the last 12 weeks and go somewhere quiet, tranquil and by the sea. Kep. Where my life has briefly turned into the series of swimming pools that determine...

Here's the people and technology update for March 2021 You're receiving this email, because you've given me your email address or handed me your business card. If you don't find the content of interest you can unsubscribe at the bottom of the mail.It's now been a year...

Here's the technology and people update for February 2021. I know I say this every month, but thank you so much for the replies and the opportunity to meet up in person, on Zoom and through messages. I really appreciate you spending time to talk about tech, life and...